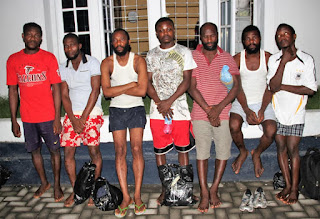 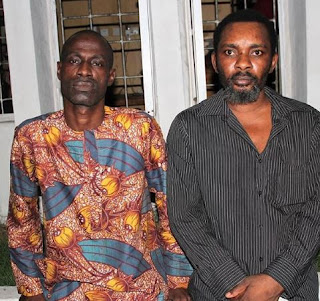 They were arrested on August 30, 2018 in Lagos and some parts of Ondo State and are alleged to be involved in an illegal dealing in petroleum products sourced from the hijacked vessel, MT MAMA ELIZABETH.  The sum of N3,500,000.00 (Three Million Five Hundred Thousand Naira) only suspected to be proceeds from the sale of the illegally acquired products was found on the suspects at the point of arrest.
Idris Abdullahi Abubakar, an investigator with the EFCC who received the suspects and the boats on behalf of the Commission, assured the Nigerian Navy of diligent investigation and prosecution of the suspects.
The suspects will be arraigned in court as soon as investigation is concluded. Source lindaikeji 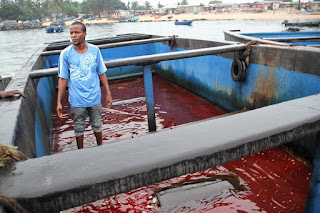 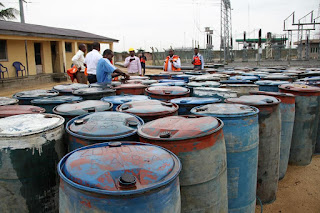 Check this:  Nigerian woman gives birth to twins after 13 years of marriage