Lagos state police have arrested one Mr Makinde Kudus, 28, and George Osagie, 51, after duping a lot of people of millions of Naira with fake dollars. .
.
The suspects who make known that they were trained as fraudsters, disclosed that once they are subsided to stir the greed in any person, such a person becomes an easy prey. .
.
They  both were  presently arrested at the well known Nglasia Hotel, Ilasa, Lagos. Imohimi Edgal the Lagos State Commissioner of Police, said at the process of interrogation, they admitted that it was their means of livelihood and they had duped a lot of people because of their greed and foolishness. .
.
He said that on additional find out, the police found out that the gang had duped one Victoria Awoniyi of the sum of N5m, Taiwo Kayode, N300,000, Adebisi Adebayo, N500,000 and a lot of other victims. .
.
The suspects make known that some of the victims believed that they can double their money with the dollars they were shown, but do not ask where they got the dollars from and why they (the suspects) wanted to help them double their money instead of doing so for their own relations. 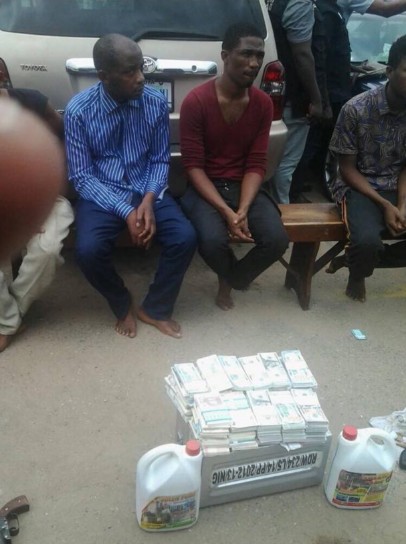 Check this:  video: 'I love you baby'- Regina Daniels tells her hubby, Prince Ned Nwoko, as he turns a year older