The governor reacted to a tweet that said,‘Peter Obi bundled some northerners, mostly those who engaged in menial jobs for survival & marched them in trailer load back to their base. To him, these guys had no business being in Anambra State’.

In his tweet from his verified Twitter account, El-Rufair said, ‘Peter Obi is a tribal bigot. He was widely quoted on national television that the SSS was right to detain me for 48 hours in an hotel in 2014 on the grounds that ”El-Rufai has no business being in Anambra State as it is not Katsina State”! I sued the SSS and awarded N4m damages’. 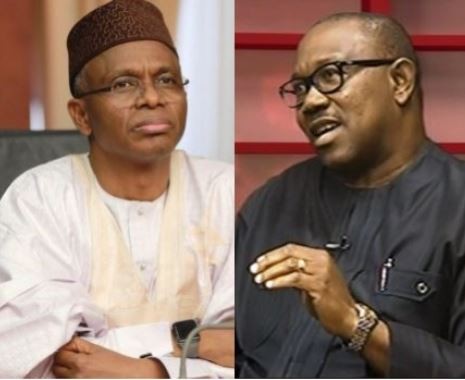 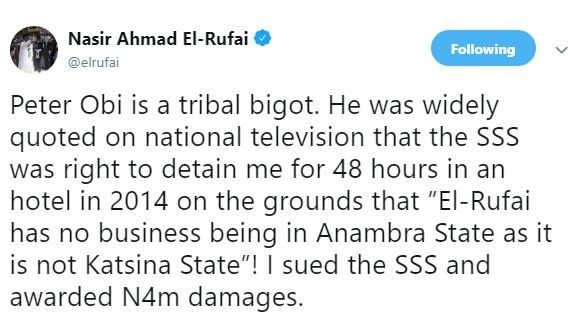 Check this:  Man who was caught in broad daylight stealing, given soft drink and asked to dance to avoid any punishment (video)