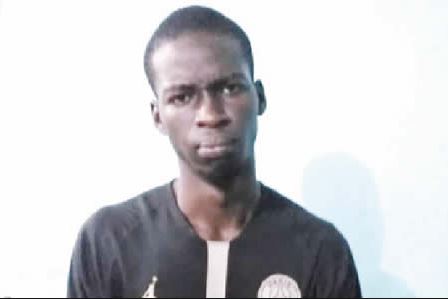 The Niger State Police Command said on Thursday that it intercepted a three-man gang for attempting to kidnap one Chinedu Odenigbo of Angwan Kadara Maitumbi area of Minna, Punch Metro reports.

The incident was reported to the police on April 18, 2019, by one Emenike Odenigbo who claimed to have caught two men attempting to abduct his sick son, Chinedu.

The suspects, Onwan Onyedika, 20 and Eze Athanasius, 27, both from Enugu State, were subsequently arrested by the police detectives attached to Maitumbi Division.

Northern City News gathered that the suspects, who were students of the University of Nigeria, Nsukka, took to crime to make quick money.

Checks revealed that the suspects came from Abuja in the company of one Sunday Odenigbo, the younger brother to the complainant, to abduct his nephew.

He said, “Sunday told me that he wanted to start a business while in school and begged me to accompany him to his brother’s house in Minna to rob him, stating that his brother will not give him the money otherwise, and I accompanied him.

“I don’t know what pushed me to this act. I never knew that my friend had a different thing in mind. To be sincere, I followed him to rob his brother not to kidnap his son.

“I have disappointed my late father; I don’t have reasons to get involved in this mess I found myself. How can I face my poor widow mother after disappointing her? I have ruined my life.”

The command’s Public Relations Officer, Muhammad Abubakar, confirmed the incident, adding that the suspect would be charged to court after investigation.