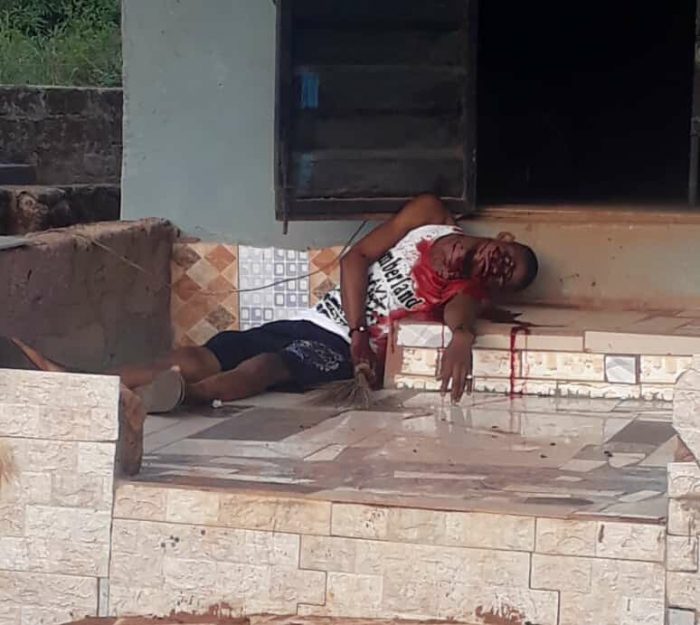 Suspected cultists has gun down a barber in Edo state.

A barbing saloon operator whose identity still remains unknown, was Wednesday morning murdered by gunmen suspected to be cultists.

The incident occurred at Idumwunowina, a community on Benin-Lagos highway in Ovia North-East Local Government Area of Edo State.

It was gathered that the deceased who recently got a loan for his saloon business, was just opening for the day’s business at about 8.00am, when three gunmen stormed his shop and opened fire on him.

A source in the community who craved anonymity, said the gunmen who came on a motorcycle, escaped through the Oluku end of the Benin-Lagos road unchallenged.

Residents were said to have scampered to safety when they heard gunshots fired by the assassins.

Our correspondent gathered that security operatives from the Ugbowo and Ekiadolor police divisions were immediately drafted to the scene.

In a related incident, a 23-year-old National Diploma Accounting student of Auchi Polytechnic, Emmanuel Aronokhale, has been reportedly shot dead by unknown gunmen.

The deceased, who hailed from Okpilla in Estako East Local Government Area of the State, was reportedly killed at about 8.00pm on Tuesday at his residence at Second Bawak, Sabo, Auchi.

The deceased was said to be relaxing in front of the hostel with other students when he was shot at close range and he died at the spot.

Check this:  LUTH hospitalises baby found abandoned in its premises

It was also gathered that the gunmen ordered the other students into their various rooms where they robbed them of their money and mobile phones.

It was learnt that the remains of the student has been deposited in a mortuary in an undisclosed hospital in Auchi.

When contacted on phone over the incident, Edo Police spokesman, DSP Chidi Nwabuzor, said he was yet to be briefed on the killing of the barbing saloon operator in the state.