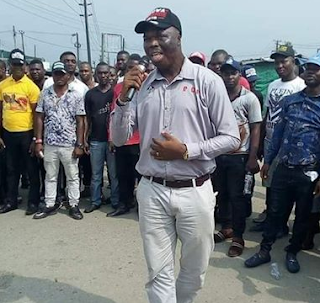 Special Assistant on Youth Development to Delta state governor, Ifeanyi Okowa, Lawrence Akpomiemie, has been murdered.
According to reports, Akpomiemie was on his way out with his girlfriend when unknown gunmen ambushed him and shot him dead at close range in the Uvwie Local Government Area of the state last night Friday, February 15th.
Pandemonium broke out in the area afterwards as his supporters began to attack the home of those believed to be behind the murder.
The police have been drafted to the area and are making frantic effiorts to restore peace. Meanwhile the remains of the deceased has been deposited in the morgue. It is not certain if the girlfriend of the deceased was killed in the attack.
The Nation reports that prior to his appointment by Governor Okowa in 2016, Akpomimie was standing trial for murder and other crime but was controversially released from prison before being appointed.
Check this:  mr Abdulmumin Jibrin the Suspended House of Representatives member, meets with President Buhari