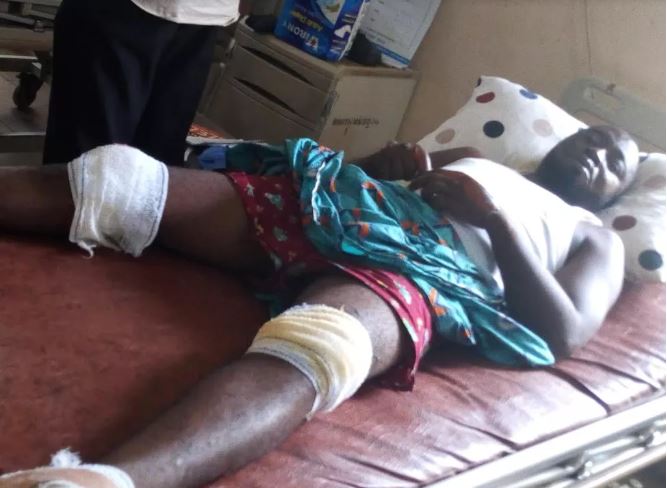 According to NewTelegraph, at least, two students of the Department Mass Communication of the Benue State University and five other persons on Monday evening narrowly escaped death when a gas tanker exploded at the premises of Bolek Fuel station located opposite the university’s College of Health Sciences.

The students who are all in 300 Level included Gwajime Jacob and Ahile Terna Samuel as well as two staff of the filling station and three other customers who are now receiving treatment at Accident and Emergency (A&E) Unit of the Benue State University Teaching Hospital (BSUTH).

Manager of the station, Mr. John Ekpo who spoke with journalists said the incidence occurred at about 6pm that fateful day shortly after a gas tanker had completed discharging gas at the station. 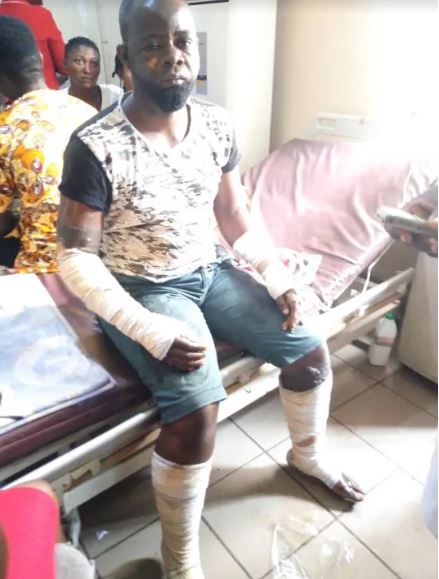 Mr. Ekpo said the gas tanker was trying to move out of the station when it exploded abruptly leaving other staff in the station scurrying for their lives.

One of the victims, Pastor (Mrs.) Judith Ochife who had her two legs badly burnt said, she was at the station to fill her gas cylinder when suddenly she heard the explosion and then, fire everywhere.

“I was still in my car when I saw fire all around my vehicle. So, I had to rush out of the car and walked through the fire to safety. I lost my purse containing my phones and some amount of money in the process but thank God, my vehicle wasn’t burnt. 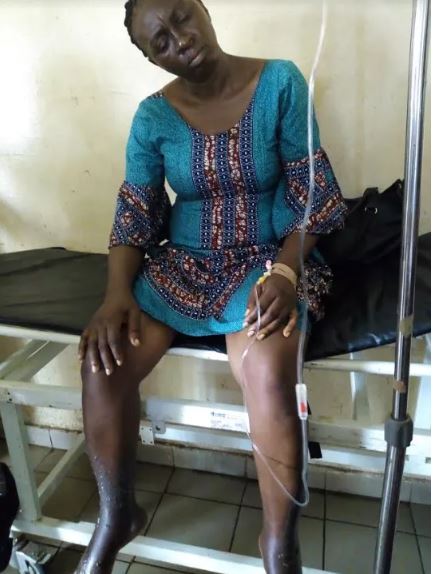 Also narrating his ordeal in excruciating pains, Gwajime Jacob of Mass Communication said he had gone to the station with his friend and classmate, Ahile Samuel to refill his cylinder when the incidence happened.

When New Telegraph visited the scene of the incidence, the petrol station was completely locked up while services in the premises were also suspended.

Speaking on the matter, the Head of Information Unit of the University, Mr. Tser Vanger confirmed that two students of Mass Communications Department who had gone to the station to refill their gas cylinder were burnt by the fire.

Mr. Vanger said one of the two students was severely affected by the fire adding that both students were already receiving treatment at the A&E Unit of the Hospital.