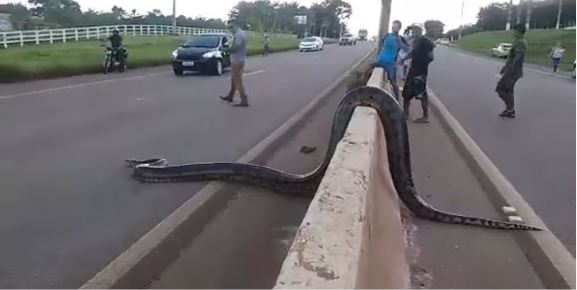 A huge reptile was which could have made the next meal in Nigeria was given utmost respect in far South America.
This Monday, drivers who were commuting on the interstate highway BR-364 in Brazil, were in for a surprise.
Tires of the vehicles screeched as commuters came across something unexpected in the middle of the road a giant snake that stretched 9.8 feet long (around three meters). 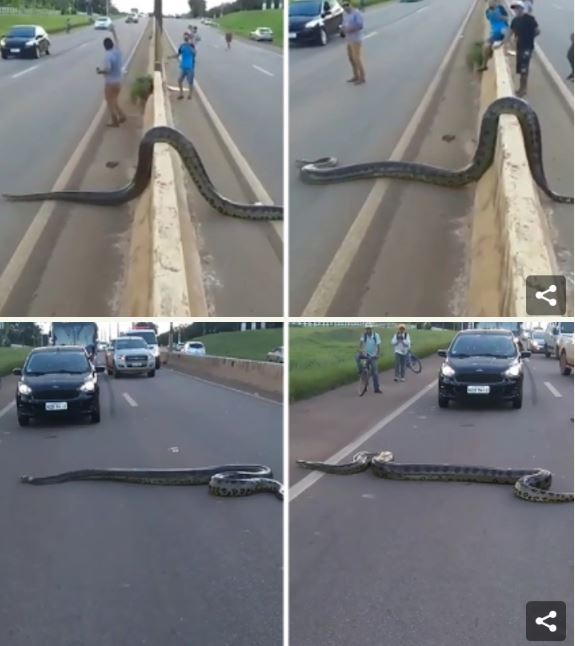 The event took place near the northwestern city of Porto Velho and was filmed by people who stopped their cars and got out to help the snake cross the road safely.
Italo Nascimento Fernandes and his wife were some of the people who were commuting down the road this Monday. 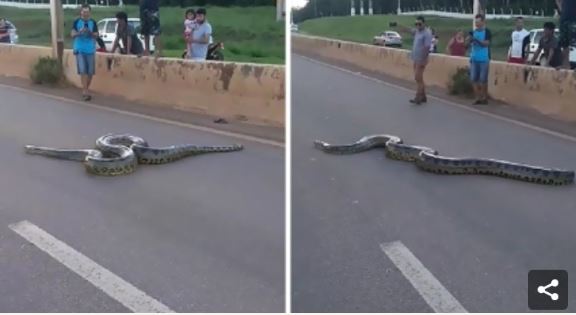 “We decided to stop the car and get out.
There are no signs for the cars to wait so she can cross. I have seen snakes run over on the highway before, and think such thing is a crime,” Italo told the media.
He then also added that many people followed his example and got out of their cars too. 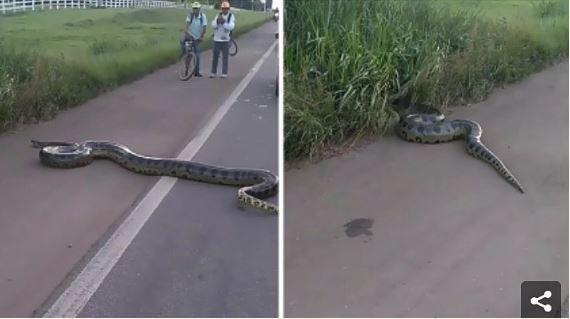 Watch the video below:
Check this:  Kidnapper Under Influence Of ‘Tramadol’ Dozes Off In Victim's Compound