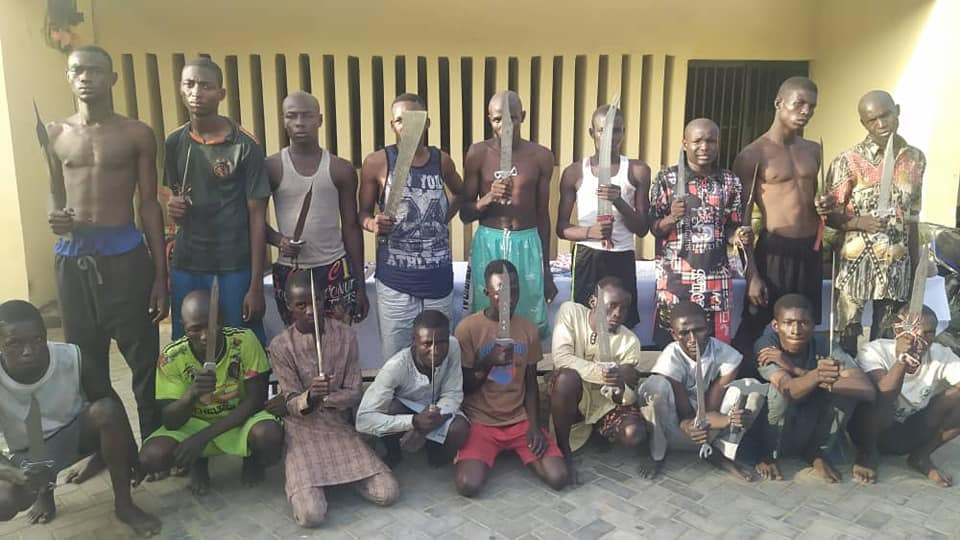 The Kano State Police Command has arrested 24 suspected drug dealers and 35 members of notorious thuggery, armed robbery gang known as Yan Daba.
Spokesperson of the command, DSP Abdullahi Haruna Kiyawa, who disclosed this in a statement on Thursday, October 28, said large quantity of illicit drugs and dangerous weapons were recovered from the suspects. 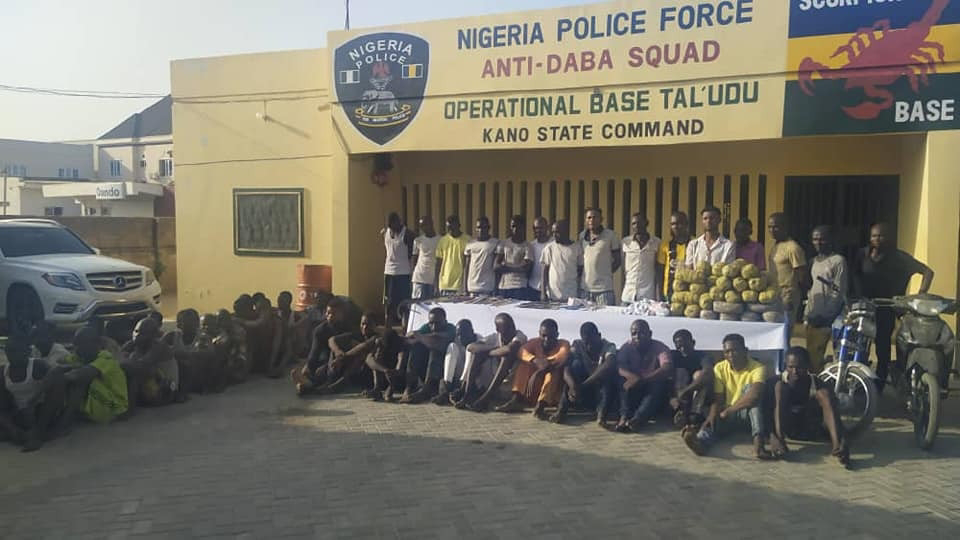 “In line with the directives and guidance of the Inspector General of Police, IGP Alkali Baba Usman, psc(+), NPM, fdc on Community-based policing and Operation Puff Adder, and in the Command’s efforts to rid Kano State of all forms of crimes and criminality, especially the menace of thuggery (Daba), Drug Abuse (Kwaya) and other Social Vices, clearance Operations carried out by the command within the Takutaha event period between 19/10/2021 and 27/10/2021 led to the arrest of 59 suspects for offences ranging from armed robbery, theft to dealings in illicit drugs,” Kiyawa stated.
“All the suspects of various addresses within Kano Metropolitan were arrested with dangerous weapons, robbed and stolen properties and large quantity of illicit drugs. Suspects will be charged to court upon completion of investigation
Meanwhile, the Commissioner of Police, Kano State Command, CP Sama’ila Shu’aibu Dikko, called on all criminals including thugs and drug dealers to repent, or leave the state completely otherwise they will be arrested and face the full wrath of the law.
The CP thanked the good people of Kano State for their continuous support and cooperation. He urged residents to pray for the State, the Nation and report incidences to the nearest Police Station and not to take laws into their hands.
“Rigorous patrol and raids of criminals hideouts and black spots will continue throughout the State, as the Command will sustain the tempo in ensuring safety of lives and properties.” he added. 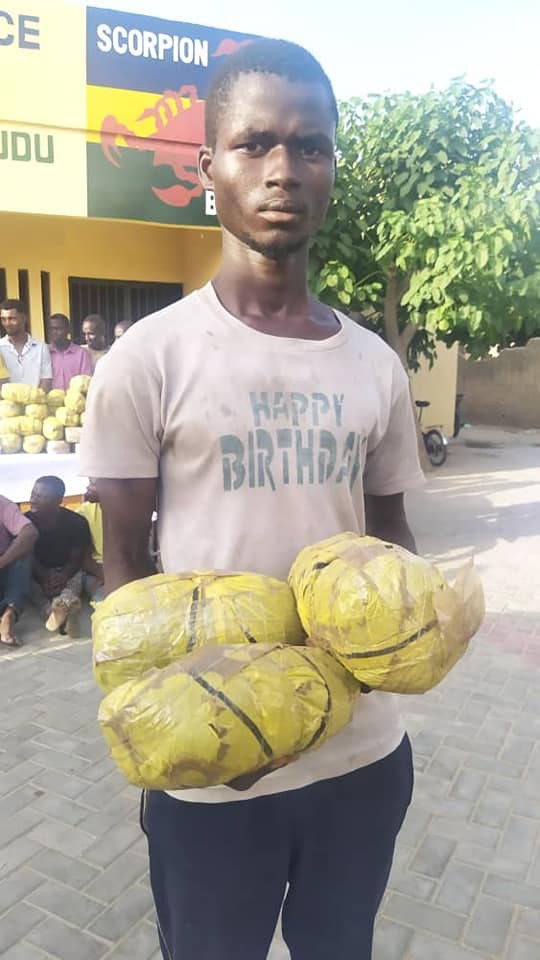 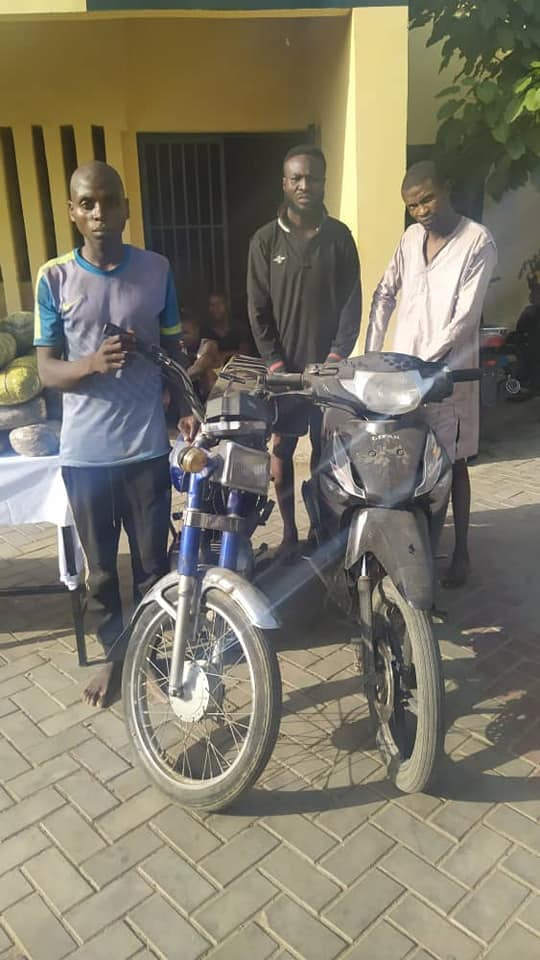 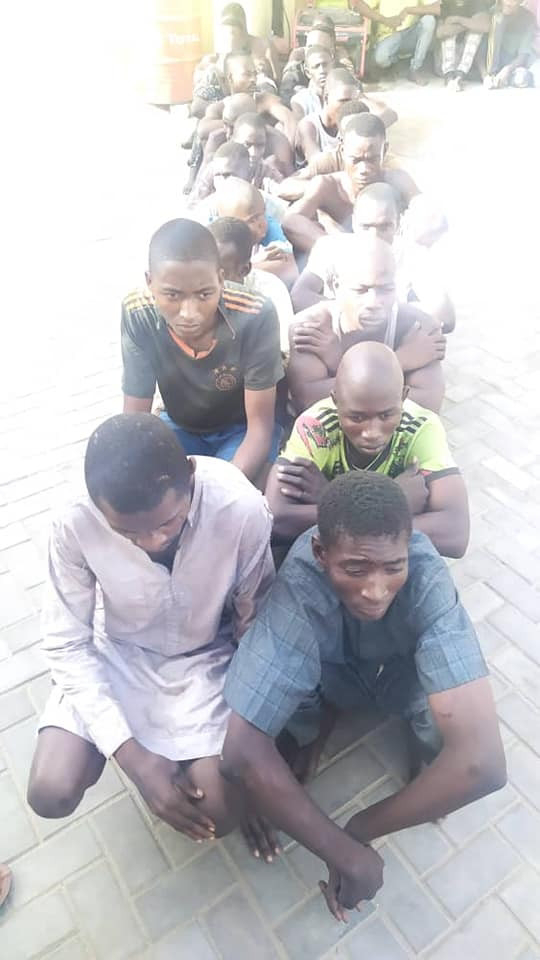 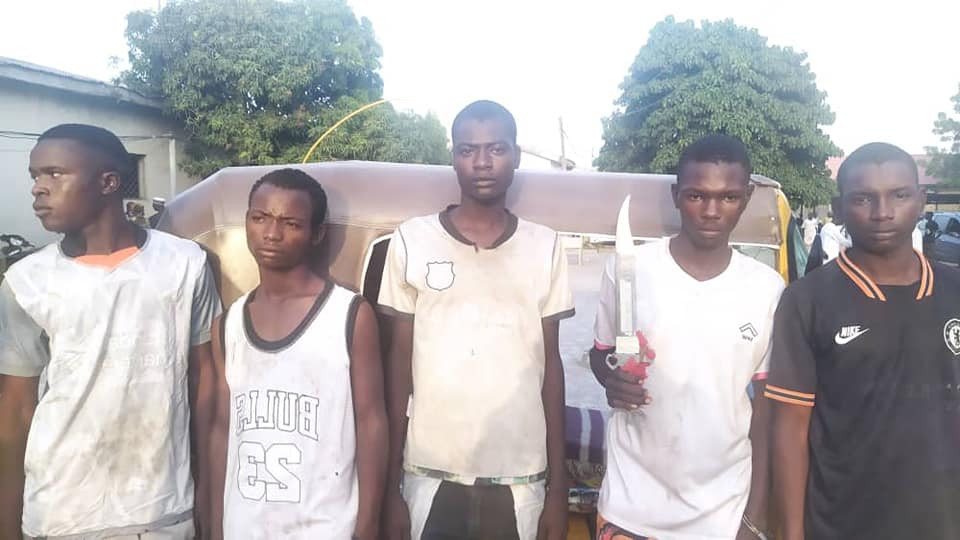