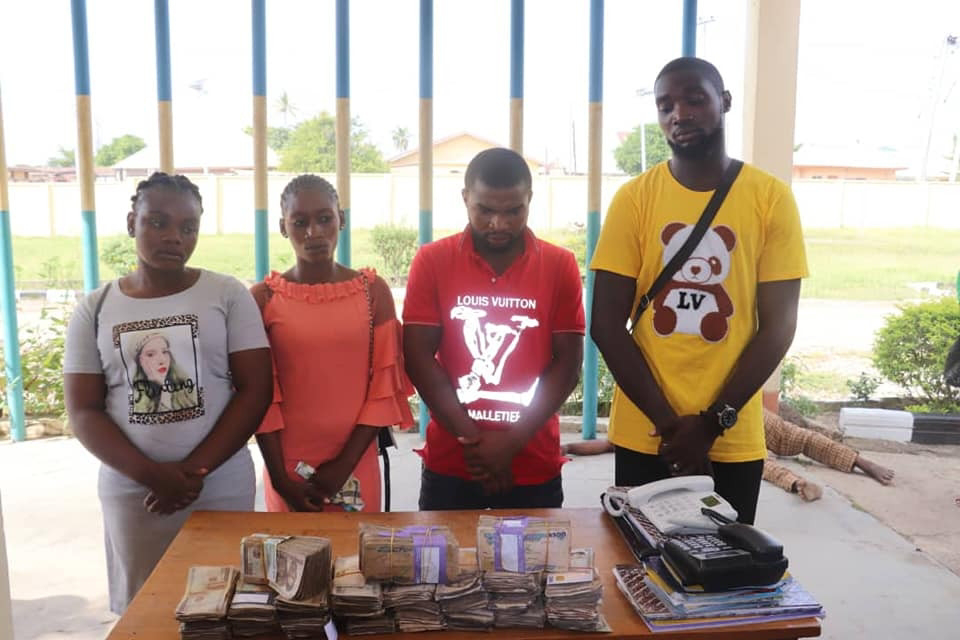 The Niger State Police Command has arrested four suspected fraudsters and recovered N3.8m from them.
Spokesperson of the command, DSP Wasiu Abiodun, who disclosed this in a statement on Wednesday, November 10, said the suspects were arrested at Tunga market by police opeperatives attached to X-Squad unit of the Command based on credicle information.
The suspects, Maduka Johnson, 27, of Anambra State, David Victor, 25, of Gida-Madara area of city gate, Minna, Josephine Samuel, 21, of Tunga area, Minna and Laura John, 20, of Tunga area, Minna, are staffs of a suspected fake cooperative organization named “REG-SUNNY MULTI-INVESTMENT LIMITED.
“The suspects specialized in defrauding unsuspecting members of the public in the name of 30% return on investment of any amount of money invested within four days,” DSP Abiodun stated.
“The group claimed to be working for one Ikechukwu Williams who is presently at large, while they have defrauded people of over twenty million naira with about sixty victims who claimed to have invested cash sum of money ranges between N100, 000 – N500, 000.”
“The Command have so far recovered about three million eight hundred and fifty thousand naira while effort is ongoing to arrest the said Ikechukwu Williams. All the suspects will be arraigned in court as soon as investigation is concluded while, members of the public are advised to shun any form of illegal investment in the name of quick return on investment.” he added.