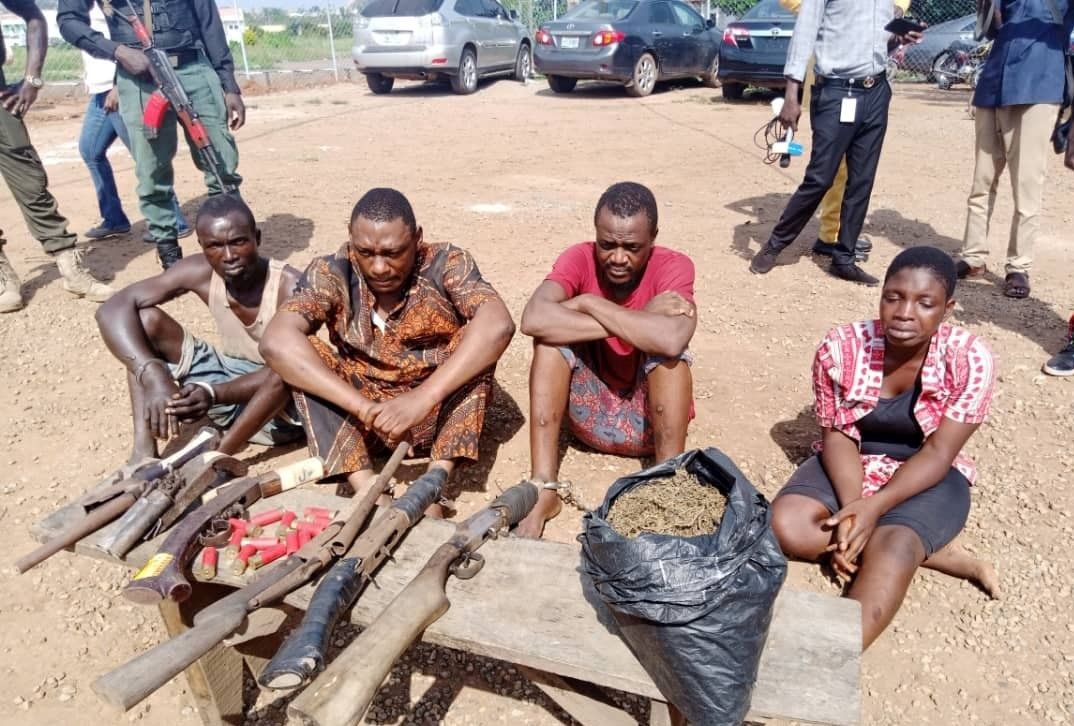 The Ekiti State Police Command has arrested three suspected members of a notorious kidnap gang and their food supplier, Taiwo Fayoke.
Spokesperson of the command, ASP Abutu Sunday, in a statement on Monday, November 8, said that the suspects have confessed to multiple kidnappings in the state including that of late Chief Abiodun Ajayi, who was abducted earlier this year in Ado-Ekiti.
Late Ajayi jumped from their vehicle but later died in the hospital during treatment due to the injuries he sustained.
“On 06/11/2021 at about 16:00hrs, the Command’s Rapid Response Squad(RRS), based on a thorough investigation, arrested one Ogunremi Bunmi ‘m’, the son of late Chief Ogunremi Sesan of Ado-Ekiti and one Ige Adu ‘m’ of Ikere-Ekiti for multiple kidnappings and other heinous crimes,” the PPRO stated. 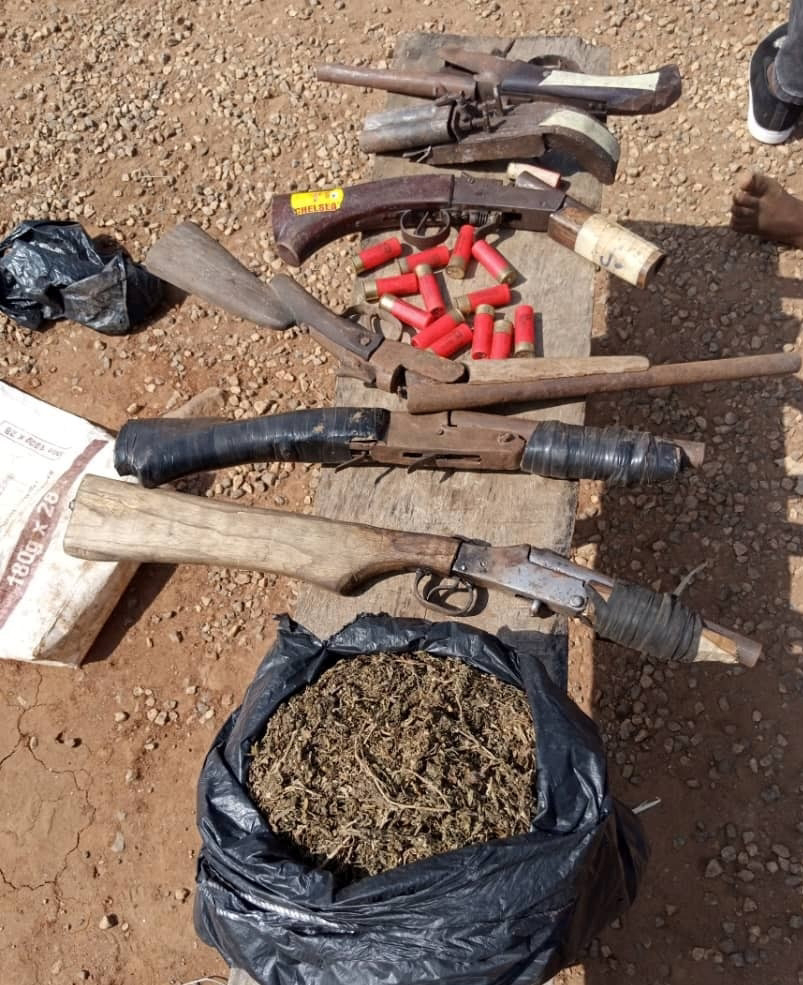 During interrogation, the suspects confessed to be responsible for the kidnapping of one Olowo Bolaji in Ipoti-Ekiti on 29/01/2020.
They suspects also confessed to have kidnapped one Alhaji Suleiman Akinbami, a petrol dealer, on 10/01/2021 in Ado-Ekiti.
The suspects stated that they kidnapped one Mrs Olalusi Dapo, the wife of a former Ekiti State Surveyor General sometime this year.
The suspects further confessed that their syndicate kidnapped late Chief Abiodun Ajayi earlier this year in Ado-Ekiti, who jumped from their vehicle but later died in the hospital during treatment due to the injuries he sustained.
The suspects said they usually keep their victims in his father’s house, one Late Chief Bafon, located at Water Works, Ado-Ekiti and sometimes move them to Ayere Forest in Kogi State before demanding for ransom.
They mentioned one Banji Akeem a.k.a Oro who was earlier arrested by the RRS operatives for the offence of armed robbery and still in RRS custody.
They also mentioned one Samuel a.k.a Samuel Ebira, Jimoh Dele a.k.a Dele Petim, Dayo a.k.a Dayo Igwe and Johnson a.k.a Yellow Okada who are presently at large as other members of their gang.
Concerted effort led to the arrest of a woman, Taiwo Fayoke, who confessed to be their food supplier whenever victims were held hostage.
Police arrest members of notorious kidnap gang and their food supplier in Ekiti
Items recovered from the suspects are, five locally made barrel guns, one Toyota Corolla car, thirteen rounds of live cartridges, two locally made double barrel guns.
“While effort is ongoing to arrest the fleeing suspects, the Command declares a reward of Five Million Naira Naira(5,000,000:00) for anyone who supplies credible information concerning the whereabouts of the fleeing suspects to the following GSM numbers 09064050086 / 07031620186 / 08062335577,” the statement read.
“The Command appreciates the good spirited members of the public as well as the various security agencies whose cooperation and supports have always helped the Police.
“The Command also acknowledge the unwavering support of the government of Ekiti State under the leadership of His Excellency, *DR JOHN KAYODE FAYEMI,”
“The Command, while assuring members of the public that those paraded today shall be charged to Court for prosecution as soon as possible, implores everyone to be security conscious and avoid acts that could jeopardize the efforts of the government and the security operatives.” 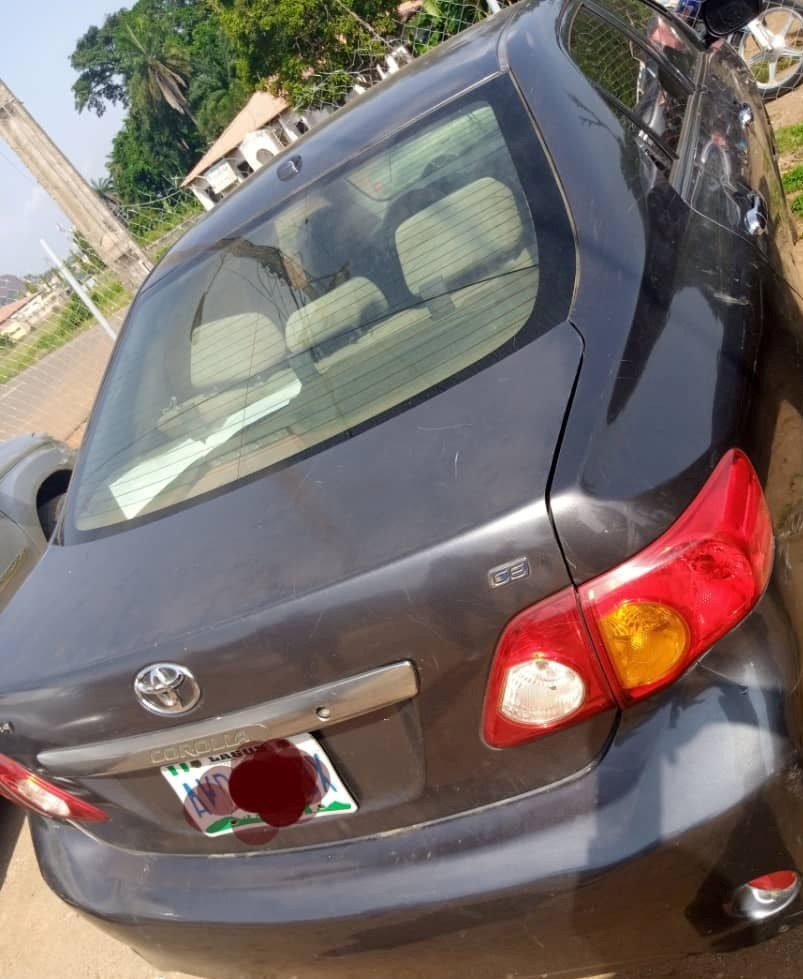