Parading the suspects at Imeko-Afon Divisional Police Headquarters, the Commissioner of Police, Ahmed Iliyasu, disclosed that the suspects were intercepted on their way to Onitsha in Anambra State.

Iliyasu said the ammunitions, reportedly loaded from the Republic of Togo and passed through Ilara border in Ogun State were intercepted by vigilant officers.

He said the suspects: Isa Muhammad, 36 years, a Togolese and two Nigerians; Alabi Fayemi 25 years and the driver, Seyi Bamgbose 38 years attempted to induce his men with money after their arrest.

He said the suspects were cross-border smugglers that had been on the watch list of the Police for six months. The Togolese later told journalists he was a bus conductor but had no job in Togo. 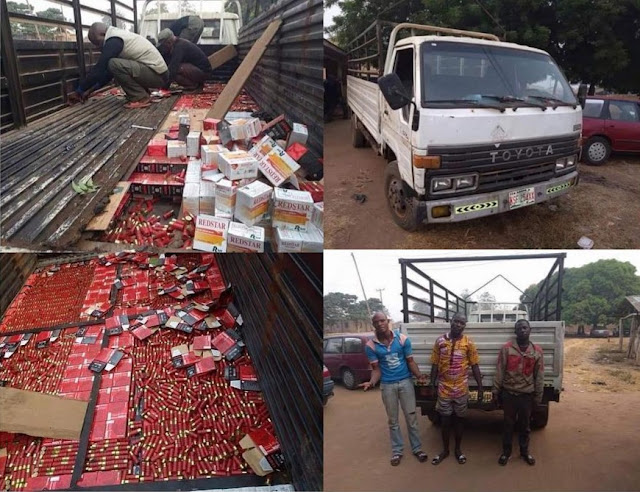 Check this:  Nephew stabbed Pastor to death during Sunday service