There have been brouhahas on social media after a photo of an alleged private residence of the investigative journalist, Kemi Olunloyo surfaced online.
This comes after Gistlovers also gave out the phone number of Kemi Olunloyo to its followers urging them to bombard it with calls.
Amid all these, it is important to note that Kemi Olunloyo is currently a subject of media troll because of her stance on the death of Sylvester Oromoni who she claimed agreed to join a cult and drank engine oil as part of the initiation procedure.
Check out the post below: 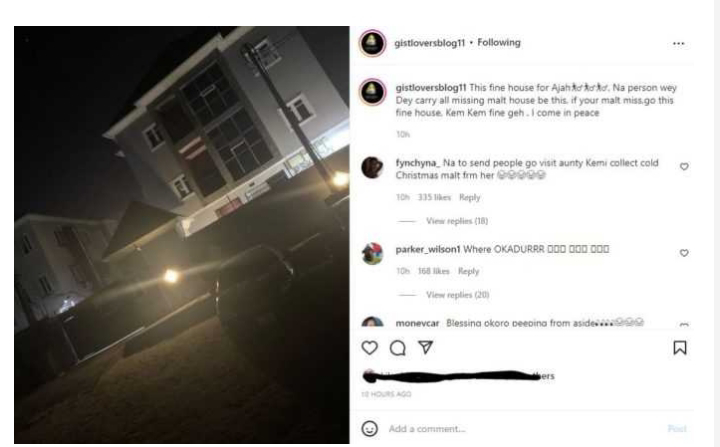