PAbdullahi Bello (alias Abu Zainab), the Boko Haram Commander has told the Nigerian Army that wanted factional leader of the sect, Abubakar Shekau, has flee  to Kolofata in neighbouring village in Cameroun.

According to Saharareporters, on 14th of February 2018 Bello was detained, in Bauchi, while escaping to Kano. Bello  was one of the commanders forced sect’s out of Sambisa Forest by the open out abhorred of military troops among in Operation Deep Punch 11.

Bello was also said to have exposed to the Army that the intensity of the abhorred has forced too nany Boko Haram commanders to flee from their hideouts.

On thursday, the Nigerian Army, make known that it will give N3million to anybody that will give credible information that could lead to Shekau’s arrest.

the Army said during the week that the factional leader, escaped from Sambisa Forest and has been going around dressing like a woman. He is said to put on hijab, which he changes from blue to black. 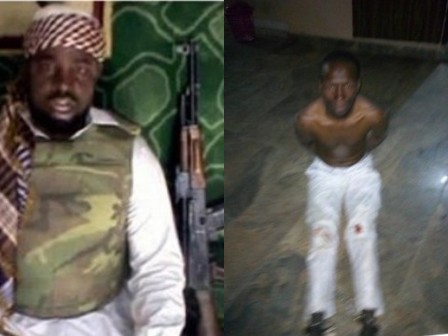