A student of Federal College of Education, Osiele, Abeokuta, Ogun state, is fighting for his life after he was shot by a trigger-happy policeman in a taxi.

According to an online report, the policeman who was riding in the taxi with the student suddenly said during the ride that he felt like releasing a bullet. He did and the bullet hit Dimeji who was sitting in the front passenger seat.

He was operated on at the Federal Medical Centre, FMC, Abeokuta and loved ones are waiting and hoping that he will recover fully.

Read a report of the incident below. 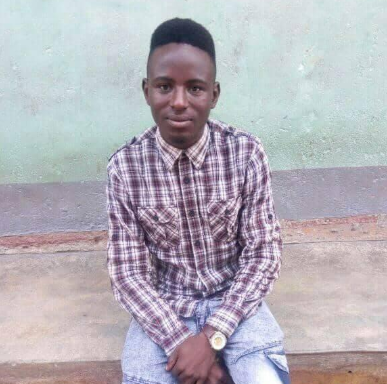 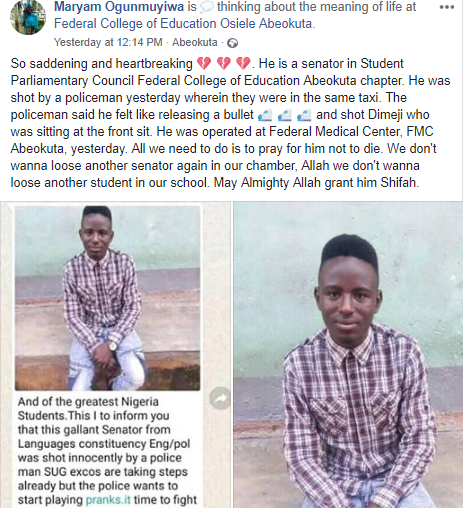 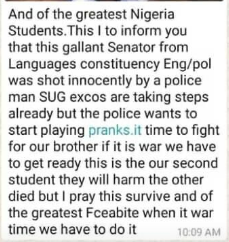