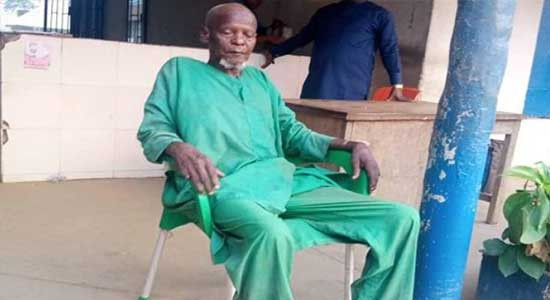 Suspected kidnap kingpin, Iskilu Wakili has been remanded in prison custody alongside his sons after being arraigned in court.

70-year-old Wakili alongside his sons Abu, 45; and Samaila, 27 as well as Aliyu Manu, 20, were arraigned before Chief Magistrate Emmanuel Idowu on a six-count charge bordering on conspiracy, murder, kid­napping and armed rob­bery.

This came after he was arrested by members of the Oodua Peoples Con­gress (OPC) for allegedly being the leader of a no­torious gang carrying out criminal activities in Ibara­pa area of Oyo State.

Chief Magistrate Emmanuel Idowu who did not take plea of the suspects for want of jurisdiction, adjourned the matter till May 17.

The police were also ordered to return the case file to the Oyo State Directorate of Public Prosecution.