The development and efficiency of SMS Marketing. 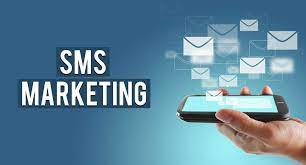 One of the finest methods to capitalize on the popularity of cell phones is to use SMS marketing. Cell phones, also known as Smartphones, are ubiquitous, and people use them on a daily basis for a variety of purposes. The number of mobile phone users is expected to reach 4.77 billion in 2017, which means you may reach a client base of just under 5 billion people with a small exaggeration. Text messages have been utilized as an efficient way of communication since the first one was sent. This then grew into a really successful mobile marketing campaign.

To begin, text messaging, often known as texting, is the process of creating and delivering electronic messages, usually consisting of alphabetic and numeric characters, between two or more users of mobile phones, fixed or portable devices (e.g., tablet computers or smartphones). Text messages are often sent through a phone network, but due to the convergence of the telecommunications and broadcasting industries in the 2000s, text messages can also be sent over a cable network or a Local Area Network. Originally, the word applied to text messages sent via the Short Message Service (SMS).

It has evolved beyond alphanumeric text to include multimedia messages (also known as MMS) that incorporate digital photographs, videos, and audio information, as well as emoji (emoticons) (happy faces and other icons). As of 2016, text messages are utilized by children and adults for personal, family, and social purposes, as well as in business, government, and non-governmental organizations for internal communication. Text messages are also used to communicate with automated systems, such as ordering products or services from e-commerce websites or entering contests online.

Instead of utilizing postal mail, e-mail, or voicemail, advertisers and service providers utilize SMS marketing to deliver messages to mobile phone users about promotions, payment due dates, and other notifications. Because most consumers own a mobile phone, smartphone, or other device that can receive text messages, SMS marketing efforts are effective. Furthermore, while most people have email accounts, not everyone checks them as frequently as they check their phones.

People are known to check their text messages within three minutes of receiving them. However, the most compelling argument to include SMS marketing in any marketing effort is its low cost when compared to other marketing methods. When you consider the number of clients that can be reached, the priceless relationship that is formed between the company and its customers, and the amount of information provided in that single text message that the customer will receive, you will come to the same conclusion that Mobile Marketing is the most cost-effective marketing strategy available.

This is why, since the first SMS marketing campaign (in Europe in 2001 by Txtbomb for a Islands Record release, and in North America in 2002 by the Labatt Brewing Company), it has grown swiftly.