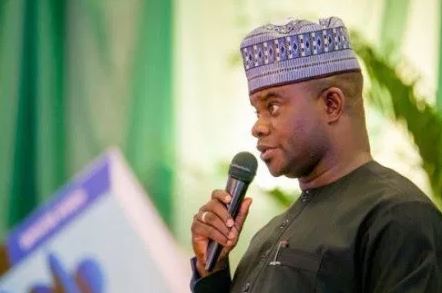 The Kogi State Governor, Yahaya Bello, has carpeted an APC stakeholders’ forum over its letter to President Muhammadu Buhari and the party’s national leadership that he (Bello) should not be given the party’s ticket for the November 2, 2019, governorship election.

The Kogi APC Stakeholders Forum, led by Sen. Alex Kadiri, had in the letter, alleged that the APC would lose Kogi if it fielded Bello for the election given his alleged poor performance.

But reacting, the Chief Press Secretary to Gov. Bello, Mr. Onogwu Muhammed, described the petitioners as “amorphous group” who had been “dislocated and sent on political wilderness” and were now resurfacing to seek some political relevance in the state.

“For a start, let it be categorically made clear that the leader of the APC in Kogi State is his Excellency, Alhaji Yahaya Bello, and any emergent group is nothing but a criminal assemblage out to hoodwink the good public.

“Sen. Alex Kadiri can, therefore, seek genuine forum by aligning himself with the purposeful direction of his Excellency, Alhaji Yahaya Bello – the only and recognised leader of the APC in Kogi State.

“This group of elders led by Sen. Kadri have never been fair to our state and affairs of the people, but rather constitute themselves as a clog in the wheel of progress of our dear state.

“They are like the seasonal lizards that come out only when it rains.

Always coming during election circle, forgetting that party politics is not about feasting, but building formidable structures – a feat his excellency has consumed himself in for the past three years,” he said in a statement.