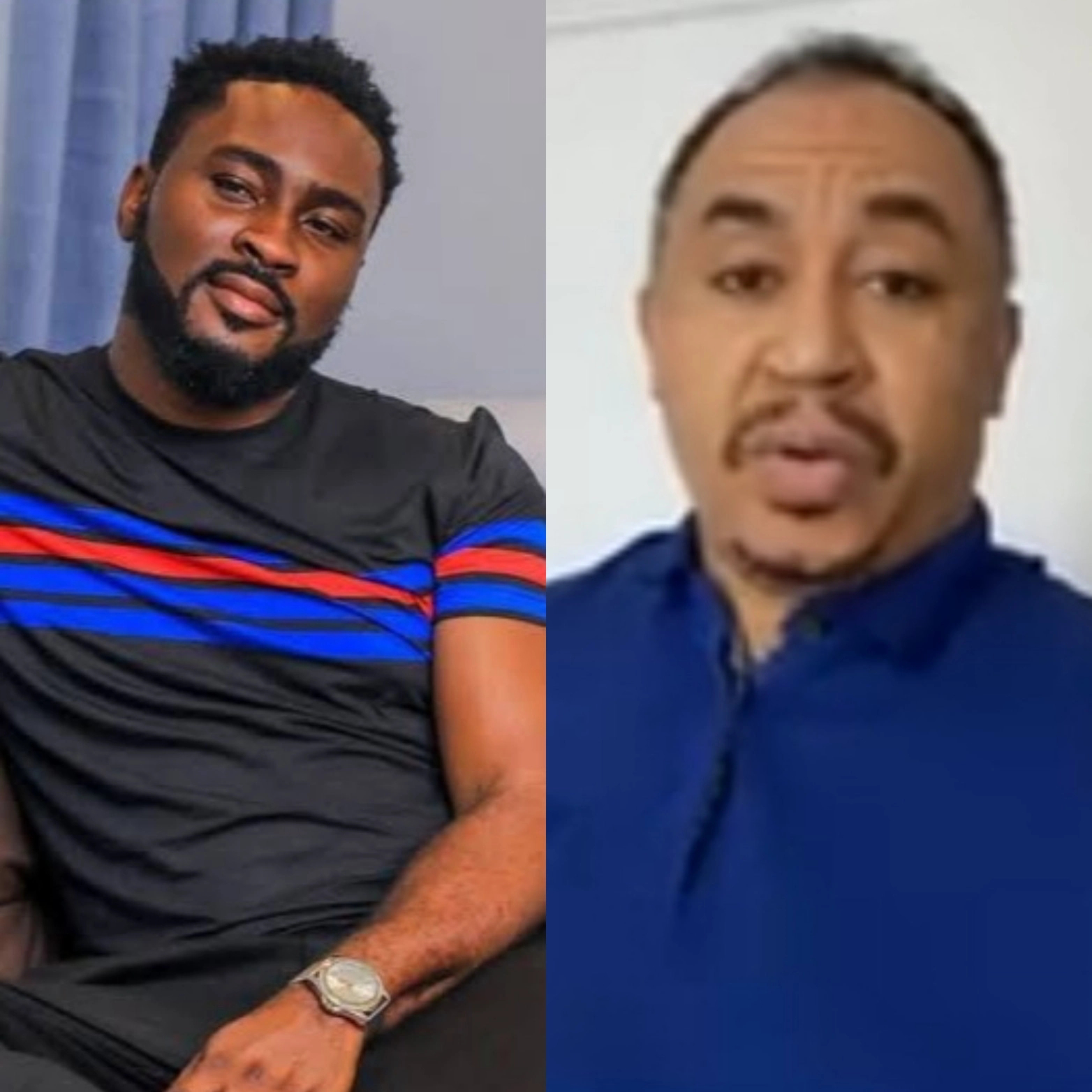 Daddy Freeze has countered Pere after the Big Brother Naija star charged Nigerians to switch off their phones at certain times during their flight for safety’s sake.
Pere said passengers should postpone whatever they want to do with their phones and obey the flight crew when they ask them to switch off their phones.
Responding, Daddy Freeze said there is “absolutely nothing” wrong with leaving phones on during takeoff and before the plane lands.
He added that even if a mobile phone is on a call during those critical times of a flight, it doesn’t affect the equipment of a modern aircraft.
He then challenged pilots to engage him in a debate on the matter.
“There is nothing a mobile phone can do to a modern aircraft” Daddy Freeze challenges pilots to a debate after BBNaija 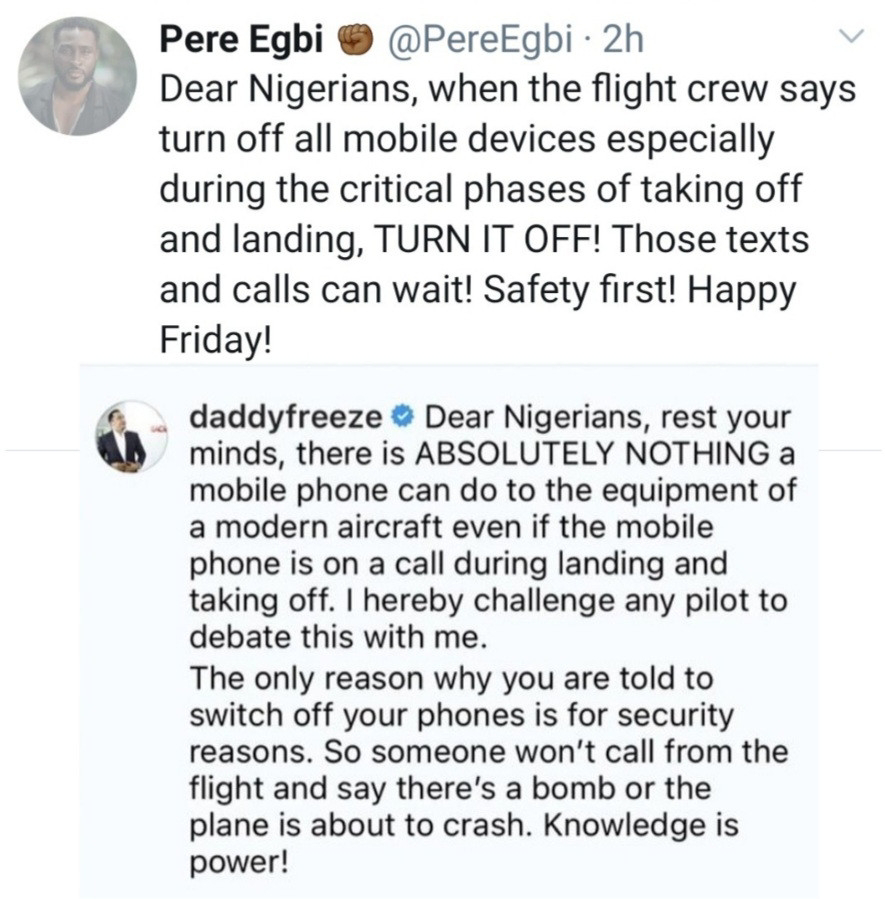