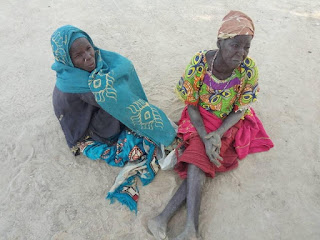 Troops of 112 Task Force Battalion conducting clearance operation in the general area of Zaza, Kajeri Maye, and Kajeri Mai Burem villages of Mafa Local Government Area of Borno state have rescued two women that were in Boko Haram captivity for a while. 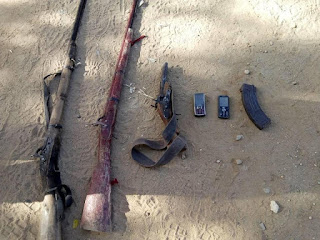 Two members of the sect were killed in the crossfire that took place in their hideout on Saturday January 19th. The terrorists who had infiltrated Kajeri Maye village to unleash mayhem on the communities ran out of luck, as the vigilant troops projected their clearance operation to the village and fiercely engaged the terrorists in combat, killing two of them.

The women have since handed them over to officials of Mafa Internally Displaced Persons Camp. 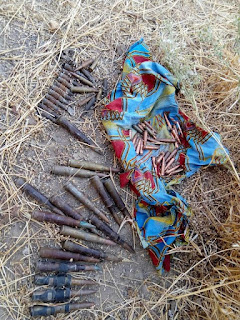 Check this:  Photos: A man of 71yrs old has been arrested after he admitted raping 89-year-old neighbor