Video: Man stripped and paraded after he disguised as a woman and snuck into female hostel in Ignatius Ajuru University of Education. 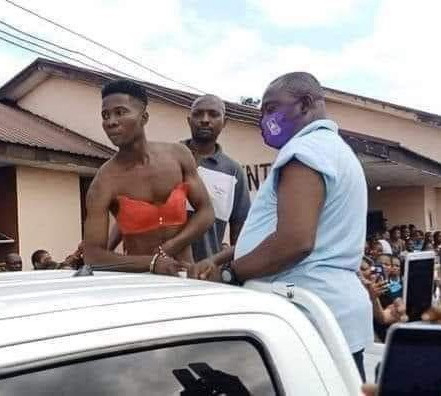 A man who disguised as a woman and entered a female hostel in Ignatius Ajuru University of Education, Port Harcourt, Rivers State, was stripped naked and paraded after he was caught.

There are conflicting reports about his reason for entering the hostel. Some claim he went to see a female friend who had been avoiding him after seizing his phone due to his inability to fulfill promises he made to her.

Others allege that the man, who is not a student of the institution, went into the hostel to steal.

The man’s suspicious movement alerted female occupants of the hostel on Monday evening,  May 24, and they accosted him. They soon discovered he is a man and they raised alarm, drawing the attention of male students who pounced on him.

Security personnel on campus intervened to stop the students from stripping the man completely and lynching him. 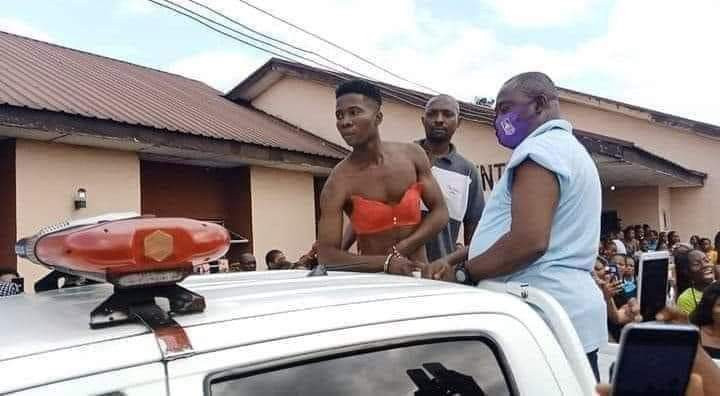 Footage from the scene shows the man wearing a red bra and boxers as he was taken away in a security van.

Meanwhile, Student’s Union executives of the school have reacted on the school’s Facebook page. 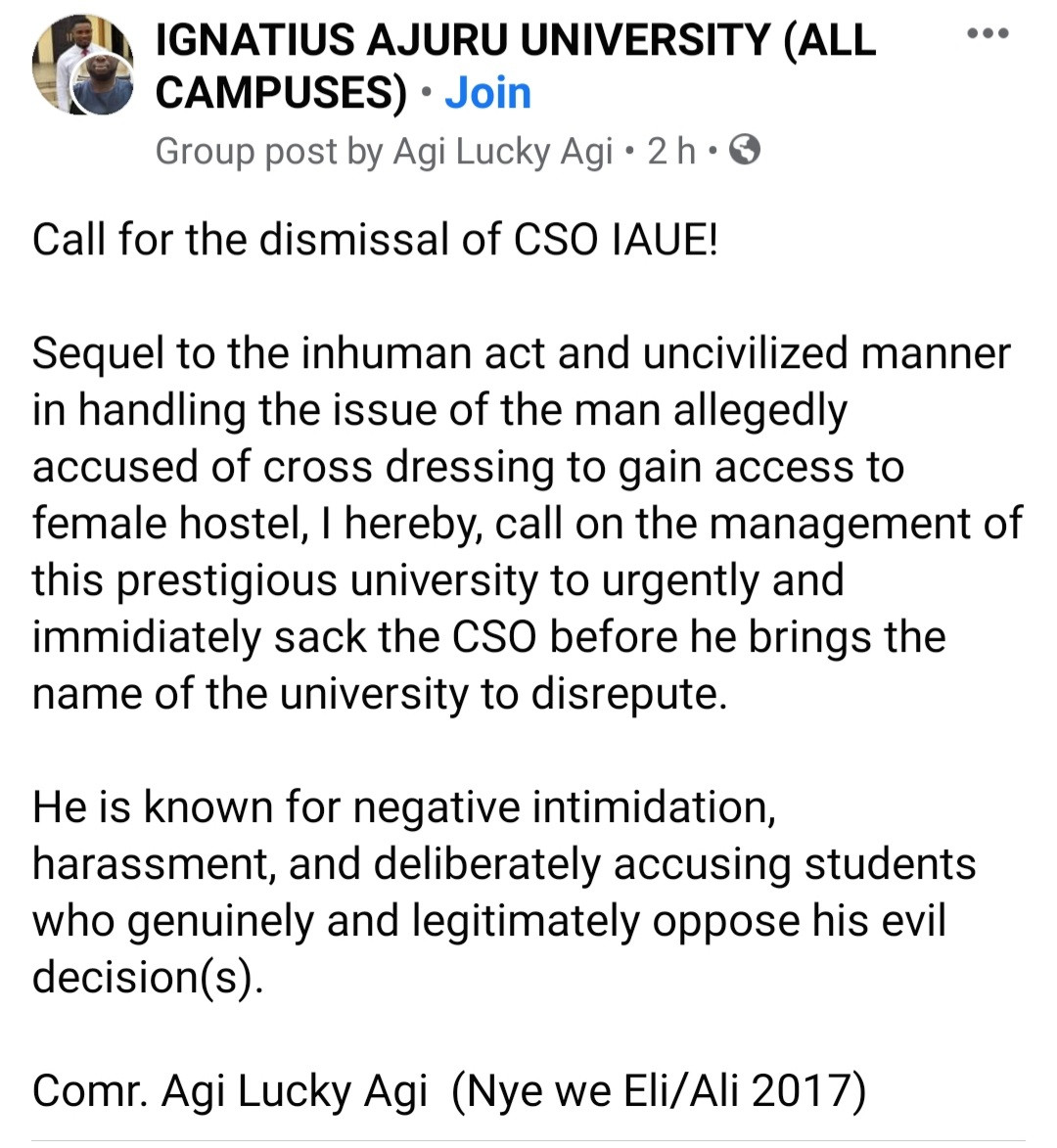 Watch videos from the scene HERE