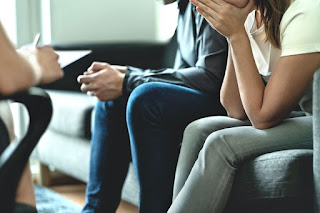 Megan’s husband has been threatening divorce for years whenever he gets angry. She’s had enough and has decided to file for divorce on her own. Now that she’s done it, her husband is stuck with something he didn’t ask for. What should she do now that her spouse has become the consummate nice guy in an effort to rescue their marriage?

Question from a reader:

My spouse threatens to divorce me when he is angry with me. He’s been doing this for years, and I’ve been terrified that he’ll abandon me one day. He didn’t notify me about an important corporate dinner until three hours before the event, for example. I was irritated, to say the least, and informed him that not giving me more warning was unacceptable.

He had blown up, lost his calm, and was threatening to leave and file for divorce the next thing I knew. He claims that I am the one who is unreasonable and has unrealistic expectations. “I work long days, I can’t be expected to recall every small detail,” he explains.

I apologize, but I expect him to remember if it has a negative affect on me.

I’ve finally gotten over my fear of his leaving and realized that I don’t want to stay in this marriage. Now that I’ve initiated divorce proceedings, the guy who used to threaten divorce is being quite sweet to me. He’s crying, buying me roses, and pleading with me not to leave. He’s done it before, and when I change my mind, things return to normal, with him becoming enraged and yelling at me that he wants a divorce.

I intend to go with the divorce, but I can’t help but question why someone would cry divorce so frequently if it isn’t their true want.

What To Do When Your Spouse Threatens Divorce on a Regular Basis:

Megan, keeping a marriage together necessitates some understanding of how to deal with marital issues as they emerge. It takes relationship skills, and I’m concerned that not everyone possesses these abilities.

Your husband appears to believe that threatening to withhold his affection from you will cure any problem he perceives as a problem in the relationship. And, more than likely, he sees you as the source of the problem and is unable or unable to accept responsibility for whatever role he might play.

Taking your toys and going home (divorce) is a childish manner of dealing with an adult circumstance. He sees himself as a victim and is seeking to manipulate you into giving in to his perceived demands by threatening to leave. When he should be willing to compromise for the sake of the marriage and your connection.

He has no idea how to reach an agreement!

Be Wary of What You Request:

When I first read your inquiry, I was reminded of the old adage, “be careful what you ask for.” Your hubby appears to be getting precisely what he has requested numerous times but does not truly desire.

It’s very bad he didn’t realize sooner that threatening to withhold affection will not solve relationship issues. If you go ahead with the divorce, hopefully it will serve as a wake-up call for him, and he will not repeat his behavior in his future relationship or marriage.

I’d like to make a recommendation. You have determined that you will not return to the status quo and will proceed with the divorce. But what if your husband’s actions this time are genuine? What if your filing for divorce was the catalyst he needed to realize he needed to modify the way he dealt with marital issues?

Check this:  5 Mistakes to Avoid when Buying Insurance

Perhaps you could continue the divorce proceedings. You must, for example, keep track of joint accounts and arrange the distribution of marital property. You and he may live separately while you do this, and you might be able to see the issue with him more objectively during that time.

If the behavioral improvements he has made are genuine, they will last throughout your separation and divorce. He may have actually realized his mistakes, and knowing this may influence whether or not you want to finalize your divorce or give your marriage another chance.

If you ultimately decide to give your marriage another chance, make a list of healthy relationship skills, including constructive ways to deal with problems as they arise. If he’s actually changed, he’ll be more than happy to follow the rules you’ve established and acquire new relationship skills.

If he returns to his old habit of utilizing unhealthy methods to deal with problems, obtain a divorce and start again with a new partner who is mature enough to keep a good marriage going.